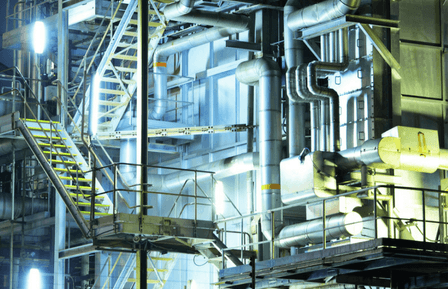 “What the hell is going on?”

Does this question intrude upon your thoughts every now and then? Relax, you’re not alone. In times of increasing complexity, confusion is the new normal, and complexity management enters center stage.

There are very few one-way streets in society and business these days. Even leading scientists, leaders, and experts disagree about a lot. Except for the fact that rising complexity is here to stay as a new fact of our professional and societal life.

“Managing a business today is fundamentally different than it was just 30 years ago. The most profound difference, we’ve come to believe, is the level of complexity people have to cope with”

Complexity management is needed when you have many and diverse elements that are quite autonomous, yet interrelated in nonlinear patterns, and when emergence produces outcomes intended by nobody. Complexity may occur in business external environments, in the internal organization, or both.

5 reasons why Complexity Management is your Business

There are at least five good reasons to enhance your complexity management abilities:

Comprehensive research from the World Economic Forum concluded in the fall of 2016 that the ability to handle complexity is now the most sought after quality in employees across industries and countries all over the world and is expected to become even more so by 2020.

The ability to comprehend, interpret, and manage complexity has always been an important source of power according to theories and experience. It seems like that road to influence will broaden in the future.

READ ALSO: What is Delegation in Management and How to do it Effectively?

Moreover, it seems like a very good investment. The Global Simplicity Index has identified that the world’s largest companies lose an average of 10.2% of their profits due to poor handling of complexity.

It’s no wonder that complexity management is big business. We become anxious and stressed when complexity levels rise above our ability to handle it. Under the burdens of stress and anxiety, people are not motivated, productive, or creative.

Many situations in work and business have risen above our cognitive abilities and our chances of predicting industries, societies, and working conditions are slimmer than ever.

Take finance and politics, perhaps the most analyzed fields of society, surrounded by huge industries of analysts, experts, scientists, and media. But who saw the worldwide financial crisis of 2008 coming? Have you seen any agreement about exactly what happened and why? How about Donald Trump? Who saw his victory coming, and have you seen any commonly accepted conclusion about what, how, and why?

In business, one industry after another is disrupted or otherwise seriously threatened by entrants coming out of the blue. Digitalizing, robots, and the internet are forever changing our ways of working and living. How about your own company and your own job? Very few would say that it’s becoming easier to comprehend the how’s and why’s of modern working life.

Complexity Management by the Human Mind

The human mind and our ways of perceiving and thinking are built for complexity reduction. Categorizing, selective perception, and heuristics in decision making are examples of this and come so naturally that for the most part, we don’t even notice it. We are unable to control what we do not understand or cannot predict. So we simplify to feel in control.

Most leadership tools are basically built for the purpose of being in control, to establish control or appear to be in control. That’s why higher levels of complexity create anxiety and stress among most people including leaders.

We seem to need the illusion of control. So we make plans that don’t work, grand strategies that become obsolete long before they are realized and catchy visions which often seem like rituals, “me too” actions, or window dressing.

Two main problems face people in complex situations: One is the difficulty making sense of a situation. Another is the occurrence of unintended consequences, which makes the future hard or impossible to predict and difficult to plan for. These traits of modern organizations are far from new, even though they’ve become stronger.

For decades the organizational psychologist Karl Weick has claimed that we spend a lot of our energy at work trying to establish meaning. What’s going on around here? Where are we heading and why? What’s my role? What’s in it for me? Actually, according to Weick, leadership is mainly about facilitating, creating, and communicating meaning.

For decades, the leadership thinker Ralph Stacey has pinpointed that unintended consequences define most organizational settings and that leaders’ insistence on planning and controlling are more rituals than realities. This is because of the complexity and emergence of unexpected and unintended behavior and outcomes mess up neat and orderly plans again and again. According to Stacey, leadership is more about the pattern of the seeds you plant in your daily actions and conversations.

Perhaps we should listen to thinkers like Karl Weick and Ralph Stacey, now more than ever.

As always, people are very different. Some freeze like deer in the headlights in the face of ambiguity, uncertainty, complex roles, and unclear accountabilities; others are able to get their work done regardless – or may even like complexity.

You do not have to love complexity and most of us don’t, at least not for very long. But we really do not have much of a choice but to accept and cope with it. The good news is that complexity management is trainable like any other ability.

#2 –  Loosen up your need to feel in control

Probably more often than we think, we are not in control. Control what you can, let go of what you can’t, and know the difference. We might need the illusion of control and often seek it through plans and strategies. Nothing wrong with planning. Unless we mistake plans for reality. As simplified expectations of reality, the value of plans might be more about the process than the product.

Eisenhower knew that decades ago when he claimed his famous words “plans are nothing, planning is everything”. It’s valuable to think through options, priorities, resources, and expectations. But who would stick to a plan heading north if opportunities and customers start heading east or west? You may smile, but that can very well happen when the implementation of the plan takes precedence over building value and profit.

A statistician once said “You don’ have to eat the whole ox to know if it is tough”. In complex situations, we may not have the time, money, knowledge, or cognitive ability to see the whole picture. Of course in high risk, high stake, or otherwise high importance situations, we need to do everything possible to build the best understanding we can. But in other situations, less will do and plausibility will do fine as a substitute for precision.

Back in the seventies, a Danish prime minister changed his mind about a strongly exposed political point of view. He explained his turnaround in these simple words “You have a point of view until you take another”. That’s a good mindset in complex conditions because you stay open and ready for new information, different perspectives, and opposing points of view. This is an efficient way to work when understanding is more an ongoing process than a “thing” or outcome.

#5 – Create/look for islands of simplicity

You need it and so does your company. No people or organizations have the resources, energy, and cognitive ability to fully understand everything or go for 100 % solutions every time. “Good enough” often is…….well, good enough and perfect easily becomes the enemy of “done”. Create zones of routine and simplicity. The 20/80 rule might very well apply here. 20 % of your working situations or assignments might bear 80 % of the complexity in your job and if they do, you can go for simplicity in 80 % of your assignments.

It works and robots cannot do it (very well). Look for stories, metaphors, analogies, symbols, and archetypes. Human beings developed these tools for capturing complicated concepts through thousands of years, now we need them more than ever. These tools work well as shortcuts for understanding and describing complex matters that often include nonverbal, tacit, or otherwise hard-to-grab aspects.

High complexity situations are simply too complicated for one mind. Furthermore, the process of socialization that built our professional identity often makes us blind or reluctant to adopt perspectives beyond our profession. If we seek out perspectives, tools, and points of view from other professions and departments, we can apply the kaleidoscopic thinking that works well in high complexity situations. But organizational borders, resource battles, and deeply embedded paradigms often make this difficult.

#8 – Avoid the trap of analysis paralysis and start acting

Rational, linear cultures are deeply socialized in a tradition of understanding through analysis. We expect causality and seek a clear “why” answer to everything. And when we don’t find it, we tend to overdo analysis or simply freeze. But action can be a better way to understanding and find solutions than analysis. In complex or low experience situations, muddling through and trial and error often work better.

READ ALSO: For Change to Happen, You Have to Take Action

Take a simple metaphor from this writer’s job as a 19-year-old trainee in a big retail chain of warehouses. When you put about a hundred pairs of shoes of different sizes into a big cage and in no boxes, only tied together by the laces, and then price these as a special offer, this is what happens: Before the end of the day, some of the shoes are no longer pairs of shoes, others still are, and they are all tangled up in one big huddle of shoes. They are tied together in what seems like one big knot, but really are hundreds of small knots.

The solution is not to “figure out” the pattern of the knots before you start. It’s simply impossible. So you start to untie one knot at a time and what seemed like no pattern at all will incrementally evolve as a pattern, mostly as separate chunks of interrelated knots. From that point the rest is routine. Complexity management often works the same way. You cannot think your way through, you need to act your way knot by knot.

The best way to handle the complexity of course depends on context and situation and these 8 ways to handle complexity are not intended as anything but inspiration and starting points. 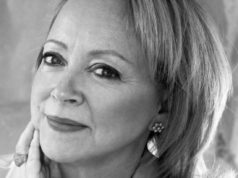