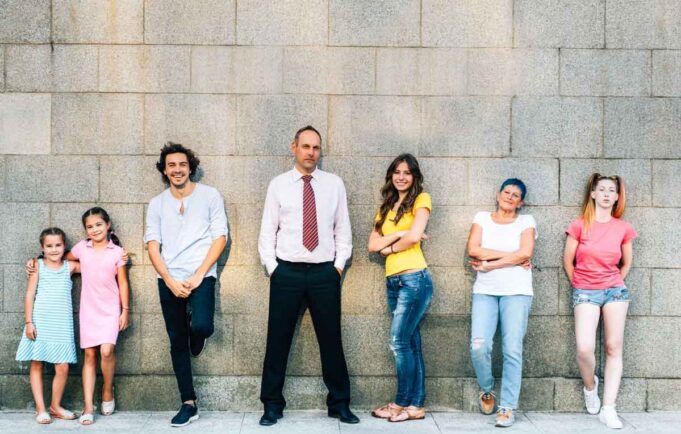 We are ALL different! Once we can truly realize this, we won’t be so disappointed when we discover that our boss, daughter or spouse is not like us! The question is: how do we inspire across generational differences in the workplace and at home?

What we value is shaped by many variables including our life experience, generational history, family upbringing, gender, and personality. No wonder relationships are so tricky – we often approach our relationships assuming that the other person thinks and values what we do (and they don’t)!

So the secret to healthier relationships, at home and at work, is to understand what each person/generation values!

Here are 5 tips you can use to inspire across generational differences in the workplace and at home.

If you want to engage a Traditionalist, you need to respect them! This generation grew up in an incredibly scary and turbulent time. They were raised during the aftermath of the Depression and World War II.

Traditionalists lived in an employee’s market. It was a time of rebuilding after the war and there were many jobs available. As a result, this generation is extremely hard working, loyal and conservative. They tend to be more conservative financially, but that makes sense when we put ourselves in their shoes.

While other generations often view respect as negotiable – “I’ll respect you if you respect me,” Traditionalists believe strongly in the importance of respecting hierarchy and that one should respect all people (even before it is earned). While every generation values respect, each defines it slightly differently.

To most Traditionalists, respect means you arrive early (they will often interpret lateness as disrespectful) and seek their guidance and wisdom.

They have lived longer and experienced more than the rest of us, and they want their life story to matter!

When I was starting my career I had a great opportunity to sit down with a senior HR manager at a large company and, not knowing exactly what to ask him, I decided to ask him to share his career journey with me. He had allocated 20 minutes for our meeting but once he started sharing his career and life story, his lessons learned and the advice he would recommend to the next generation, over an hour had passed. He felt valued and I was grateful to hear his incredible insight!

Baby boomers grew up in a time when there were twice as many people than there had been in previous generations. The market shifted and it became an employer’s market – there were fewer jobs. As a result, Boomers work hard! They work hard at the office and with their families! Many Boomers learned that the only way to get and keep a job was to work extremely hard (otherwise there was a line-up of others who would be happy to take it).

Many experts say that it was this generation that created the 70­hour workweek (it didn’t exist before)! If you want to engage a Baby Boomer, you need to appreciate and recognize their hard work!

I often tell my teen clients that if they want to see the best version of their parents, get in the REGULAR habit of genuinely saying “thank you”!

Last year when I was working with a 17-year-old and his mom at our counselling center I told the son privately, “I don’t care if you have a different opinion than your mom, trust me – start telling her “thank you” for the 100’s of things she does for you and you will see her be more reasonable towards you”.

He took my advice to heart and within 2 weeks there was a remarkable difference in their relationship simply because he was tapping into what she valued. In return, he received far more flexibility from his mother, something he valued. Win-­‐win! Believe it or not, appreciation can work the same way in your organization or office environment.

Gen X was the generation of the ‘latchkey’ era! Many of our parents (yes I’m Gen X) were busy working (nearly ¾ of both parents were working in the 80’s) so we grew up faster than other generations. We didn’t have parents checking on our homework or teachers calling to make sure assignments were done on time – that was our responsibility and we carry that same belief now as parents and employers.

If you want to engage a Gen X parent or manager – you need to be more independent. This does not mean you pretend like you know everything, but rather that you ask when you have questions and (most importantly!) – ask for realistic timelines within which you will get feedback.

Several years ago I was doing training with an organization on the generational differences. As part of this training, they wanted me to do an exit interview with a Gen Y who had abruptly quit. In my conversation with him he said “Karyn, I started my job in September and didn’t get any feedback until December. Honestly, I felt abandoned!” I discovered that his manager was a Gen X who just assumed he was capable of doing his job, and left him to it (aka independently).

Gen X managers tend to delegate tasks to others and expect that they will figure it out and get it done (that is how we were raised), but Gen Y employees are used to getting a lot of support, feedback, coaching and collaboration (that’s how they were raised)!

If you want to engage and motivate a Gen X parent or employer – remember that they value independence!

Gen Y’s love speed and for things to happen quickly! Not only do they like speed in technology – but also in how things are taught and how they are being communicated to. They have been brought up in a culture of ‘Buy Now, Pay Later’, a culture that reinforces instant gratification in everything from food, to schedules to money

If you stop and look at all the systems (family, education, technology) in their life you start to see a powerful pattern of instant gratification. If you want to engage Gen Y’s, look at your speed. They are engaged by moving quickly and will disengage when things are too slow! Intuitively I knew this, but it was recently reinforced for me during one of my all-day leadership events.

One of the participants, an 18-year old, during the break said to me “Karyn I love your style”. When I got curious to what he was referencing (silly me, I thought he was going to say it was the practical content, inspirational videos or ultra-funky office space) he said:

“It’s because you talk fast. I love teachers who talk fast – they keep me engaged. It means I can’t allow my mind to wander and I need to stay on task.”

There is a lot of optimism around this next generation, who are known as Digital Natives (the rest of us are Digital Immigrants). Raised mostly (not all) by Gen X parents, they are being raised to be much more independent.

Research tells us they are fiercely entrepreneurial (72% want to start their own business) and thanks to our education at school and at home they are more tolerant of diversity and more conservative with risky choices (drinking, smoking).

While they are ambitious, this generation has learned from Gen X to value and strive for a work-life balance and like Gen Y they realize the importance of volunteering and being more socially aware.

After listening to well over 10,000 hours of Gen Y & Z in our coaching office, it has dawned on me that many of them had a secret question in their minds that needed answering, which is, “What’s the point?”.

How relevant are you as a parent or boss? Are you talking about what you experienced growing up (for example, “I had to walk 10 miles in 5 feet of snow to get to school”) just for the sake of it – or do you have a point?

I’ve learned through practicing for nearly 20 years now that a key component to engaging Gens Y & Z – is that the information that I want to share has to be relevant, make sense, and connect to their lives in a way that is going to make them better, easier, or more meaningful!

So how do we inspire across generational differences in the workplace and at home?

Outstanding parents, counselors, teachers, and bosses know how to connect regular information in a way that excites their audience by making it relevant and current!

Understanding what each generation values is a first step to success when aiming to lead or inspire across generational differences. 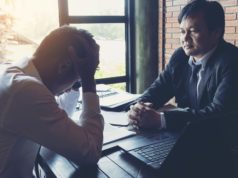 How to Manage Self-Motivated, Intelligent Workers

How to Skyrocket Employee Motivation and Engagement