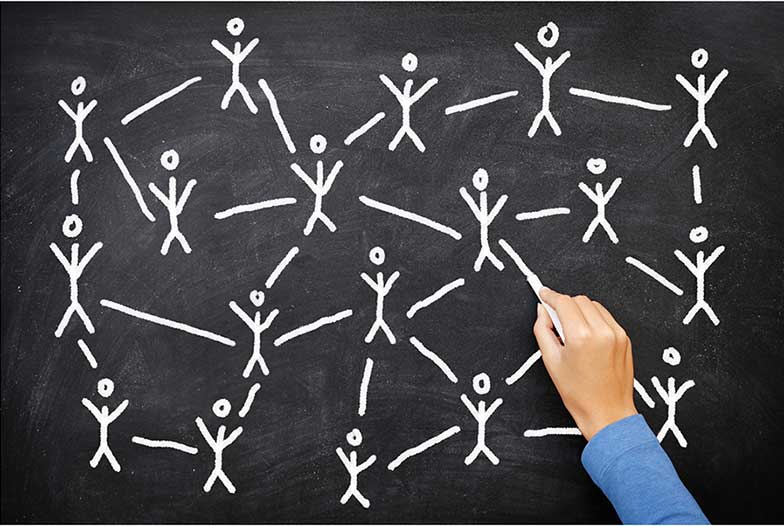 I address this especially to business executives, but as citizens of their societies and neighbors in their communities.

Why do we focus on the conditions of our problems instead of addressing their root causes? Medicine, for example, gives far greater attention to treating diseases than to preventing what caused them in the first place. Jonas Salk provided a telling exception: instead of treating polio, he created a vaccine to eradicate it.

Much the same can be said about corporate social responsibility or CSR. A corporation is considered responsible when it attends to the evident conditions of some social or environmental problem. But imagine how much more responsible it would be to address the underlying cause of that problem?

Finding a new way to recycle waste may be good, but helping to reduce the generation of that waste is better. Not good, however, is Coca-Cola’s promotion of exercise programs for obese children, because its own products are a significant cause of that obesity. This, like greenwashing—pretending to be environmentally friendly—borders on what we can call Corporate Social Irresponsibility or CSI.

We are inundated with CSI these days, some of it verging on the criminal—for example, banks that register customers for accounts they never requested or automobile companies that cheat on emission controls. And how about the massive private funding of American election campaigns This is a form of legal corruption tantamount to bribery.

Let’s label the irresponsible activities, CSI 0.0; the responsible attention to conditions, CSR 1.0; and the substantial addressing of cause, CSR 2.0. While we should be appreciating CSR 1.0 for its damage control, we should be welcoming CSR 2.0 for helping to reverse the damage. We need as much serious corporate social responsibility as we can get.

Imbalance as the root cause

I see imbalance in society as the root cause of many of our major problems, including global warming and income disparities. In my book Rebalancing Society, I trace the tipping point toward the current imbalance back to 1989, when the Berlin Wall fell, signaling the end of the communist regimes of Eastern Europe.

Western pundits at the time declared that capitalism had triumphed, over communism. They were mistaken. Balance had triumphed, over imbalance. A healthy country balances the market forces of the private sector with the democratic needs of the public sector and the community concerns of the plural sector (“civil society”).  Those regimes of Eastern Europe were severely out of balance, on the side of their public sectors, while the successful countries of the West were better balanced across their three sectors.

Since 1989, however, there has been a marked decline in the health of many countries, most notably the United States. The country now faces alarmingly high rates of incarceration, obesity, income disparities, and drug taking, accompanied by, of all things, a sharp decline in social mobility (particularly the chances of poor children moving up the social ladder). All of this reflects the escalating imbalance in American society.

The mistaken belief that capitalism triumphed in 1989 has enabled capitalism to triumph since then, tilting the country toward the private sector. Think about the lop-sided lobbying that now overwhelms Congress, as a result of that legal bribery—most of it in favor of business interests. How ironic that the very problem of imbalance that brought down communism is now bringing down democracy.

In much of this, corporate America has hardly been an innocent bystander. This is most evident in the congressional lobbying, but also in the intensification of global warming by the promotion of fossil fuels as well as by the stock markets’ relentless demand for MORE. Likewise, have income disparities been widened by the shift to contract work that has diminished workers’ wages while weakening their protections. And at the root of this has been the investor obsession with Shareholder Value, as if no other stakeholders, let alone basic human values, matter.

Most of our major problems reduce to a single foreboding one: how to reverse the imbalance before it’s too late? There is widespread belief In America that if the country has a problem, business will have to fix it. Proponents of this fix point to private (so-called win-win) ventures for example, that bring down the cost of windmills and solar panels. No doubt ”doing well by doing good” is beneficial. Not beneficial, however, are the many companies that do well by doing bad, or else do well by doing nothing. There is no win-win wonderland out there.

Capitalism certainly needs fixing, especially the frenetic stock markets and the deplorable pursuit of Shareholder Value. But that will happen, not by capitalism getting itself right so much as by society getting capitalism into its rightful place, namely the marketplace. How did a word coined to describe the funding of private enterprises become the be all and end all of human existence? It is the balance in society that we need to get right, and that will not be done by business alone, or, for that matter, by government or community action alone.

What, then, can responsible businesses do? They can start by recognizing the role they may have played in creating these problems—if not deliberately, then as a byproduct of their economic activity—so that they can address their causes. Moreover, decent businesses will have to challenge the indecencies of other businesses, not least by supporting legislation intended to correct these indecencies.  Above all is the need for responsible businesses to engage in more collaboration with government organizations and community associations. Consequential solutions, especially for the problem of imbalance itself, will have to come from consolidating the capabilities of the major institutions of all three sectors: communities engage, governments legitimize, businesses invest.

Is the private sector prepared to recognize that it has too much power? Are many of us ready to temper our self-serving individualism for the sake of our collective and communal needs in society? Will international businesses and the international agencies so beholden to economic dogma acknowledge the social, political, and environmental downsides of globalization (to be discussed in a forthcoming TWOG)? History offers scant evidence of centers of power voluntarily relinquishing power. But these are no ordinary times, with the looming threat of global warming and the prevalence of nuclear weapons in a world of so many thugs in high office.

So, please, enough of business as usual, especially in the form of CSI 0.0. Beyond CSR 1.0, it is time for CSR 2.0—time for the citizens and neighbors who work in business to get serious about corporate social responsibility.

_______
We at ManageMagazine would like to thank Henry Mintzberg for this article, which was first published at Mintzberg’s Blog the 7. December 2017.