It’s that time of the year again. The festive season is over and we are left with the prospect of months of darkness and nothing to celebrate. So what can you do to avoid feeling down? Our study, recently published in Psychiatry Research, followed almost 200,000 long-distance skiers for up to two decades, and we found that skiers are 50% less likely to develop depression than the general population.

So what’s their secret? And can you benefit from the results without actually taking up skiing?

In 1922, a 90km race was arranged for the first time in Sweden. The world’s largest long-distance ski race was born and named “Vasaloppet” after a former Swedish king, Gustav Vasa. In Sweden, we have a penchant for setting up registries. Since 1989, it has been possible to track all Swedes participating in the race. Together with Swedish patient and population registries, it’s a goldmine for exercise research.

Previous studies have shown that Vasaloppet skiers are significantly more physically active, have a better diet, smoke less and live longer than the general population. In our study, we investigated how often these skiers were affected by depression compared to people of the same sex and age in the general population. In total, the study included almost 400,000 people (40% women), skiers and non-skiers.

We think that the lower risk of depression in skiers is mainly due to their physically active lifestyle. Skiers also spend a substantial amount of time outdoors, and sunlight exposure is associated with a reduced risk of depression. However, previous studies show that physical activity has a more important effect compared only to light therapy. But physical activity and being outdoors might offer a powerful combination to prevent depression.

In addition, natural environments appear to improve how we cope with stress.

But since we still lack knowledge about what actually causes depression, it is difficult to elucidate exactly how physical activity reduces the risk. It is likely that exercise affects psychological as well as molecular factors related to depression.

Psychologically, exercise might distract you from negative thoughts. In addition, being physically active might make you feel better as a person because you are doing something regarded as beneficial by society

So what if skiing attracts people that are already very happy, whereas the more sad people susceptible to getting depressed do not want to participate to begin with? In the Vasaloppet study, we tried to control for this by additional analysis, excluding all skiers and non-skiers diagnosed with depression within the first five years after being included in the study. Even though taking this into consideration, skiers still had about 50% lower risk of depression.

Physically speaking, exercise has also been shown to affect inflammation and the stress system in the brain, two systems linked to depression. In addition, exercise increases secretion of endorphins, “feel-good” molecules, in the brain. Physical activity also stimulates neuronal growth factors. However, most of these discoveries have been made in animal studies with short follow up and need to be repeated in humans.

The risk of getting depression was equally reduced among skiing men and women compared to the general population. However, among men, skiers completing the race faster had a further decreased risk of later depression compared to slower men. This indicates some kind of dose-response relationship regarding physical fitness level and the risk of depression.

The fastest skiing women also had a lower risk of depression compared to women in the general population. Interestingly though, unlike men, faster skiing women did not show any further decreased risk of depression compared to slower women. Our study does not reveal why women who ski faster do not have the same additional benefit as men who do. Even though male and female brains differ, these discrepancies might also be explained by other factors. For instance, it has been shown that reasons for exercising might be a better predictor of mental wellbeing than the actual exercise level in women, but not in men.

Our study offers a unique possibility to study the effect of a physically active lifestyle on the development of depression in a large study population over a long time. Participation in Vasaloppet is a particular kind of activity, but numerous studies indicate that it might not matter what kind of physical activity you are doing to promote mental wellbeing as long as you are active.

Nevertheless, more tactile sports that put you at risk of recurrently occurring concussions – such as football, boxing, and hockey – might increase the risk for future brain disorders, including depression. On the other hand, athletes participating in team sports tend to report better mental health compared to those engaged in individual sports. Social interaction also helps people stick with their exercise regime.

The research clearly shows that there are ways of reducing your risk of depression, and that exercise, being outdoors and being part of a team are all good approaches. So although we have seen great results for cross-country skiing, there are plenty of other options to improve your mental health.

It is also clear that the most important factor for success in sticking to an exercise routine is feeling motivated. So rather than torturing yourself at the gym with everyone else this January, why not try something you actually enjoy? 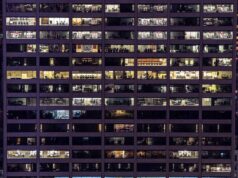 The Psychological Benefits of Working Less

The Psychological Benefits of Working Less