“Last summer fires tore through rainforest in north Queensland and devastated forests in Tasmania, while on the Barwon-Darling millions of fish and other riverine species died as a result of drought and long-term mismanagement of river systems – catastrophes that were followed by catastrophic floods in northern Queensland that killed four people and drowned up to half a million cattle.”

James Bradley. “Terror, hope, anger, kindness: the complexity of life as we face the new normal”, The Guardian, January 10, 2020.

That was last summer. It was this summer that broke a lot of hearts, the summer we really didn’t have, not in the usual sense of release and relaxation, of blue skies and balmy beaches, surf, and sand, of relaxing and socializing at barbeques. On New Years’ Eve being on the beach took on a deadly significance rather than one of insouciant democracy. Beaches became zones of potential safe haven and rescue from the worst summer ever.

The 2019-2020 summer in Australia started with bushfires in September, before summer had even officially started. As I write, in mid-January, they have yet to abate. For the present, the tally is 28 human lives directly extinguished (additional deaths are being reported from secondary effects, such as asthma attacks), along with an estimated one billion non-human lives, over two thousand three hundred homes destroyed along with three thousand six hundred sheds, barns, and other non-residential buildings, across one hundred and sixty-eight thousand kilometers of territory, larger than Belgium; species survival threatened as the fire consumes them and destroys their habitat, with over a million animals lost and, since the outset, a pall of smoke polluting the inhabitants of cities safe from the fires such as Canberra, Melbourne, and Sydney, where I live.

It is summer and there are no blue skies, just the smog of smoke, choking asthma caused by the emissions. It has not rained with any consequence for months. 2019 was the hottest and the driest year on record.

Australia’s politicians in government have failed the country; climate denialists in the governing Coalition have shafted even minuscule moves to recognize that something is happening that is beyond normal. The two sides of politics are both beholden to big mining, Big Coal: the right because the miners lobby them; the left because the mineworkers’ union lobby them. Actually, lobby is a polite word; bribe may be more apposite.

So, for the present, the policies are not there to make a difference; they might emerge but there are few reasons to be optimistic. Australia is the canary in the globally warming planet.

As such, the climate crisis being experienced here signifies that limits are being breached. These limits can be thought of in terms of the management of the Planetary Boundaries (PBs) that make life livable (see Figure 1 for Planetary Boundaries). Transgress these boundaries and apocalypse now is not just an old movie but the condition of life on earth. This Australian summer is a foretaste.

The Planetary Boundaries framework encompasses nine Earth system thresholds, the standing conditions for life on Earth, the consequences of crossing which are potentially catastrophic.

At least four system boundaries (rate of biodiversity loss, climate change, human interference with the nitrogen cycle and land-system change) appear to have already been transgressed in ways that cannot be repaired or will be extremely challenging to reverse.

There are appropriate management responses to being in the multi-scalar Anthropocene society. Ideally, at each level of the nine Earth systems identified, systematic audit should be conducted in terms of the construction of a future perfect scenario in which minimization of harm is the purpose to be achieved, cascading through the levels to the organizational and framing of the individual.

For responsible management in contemporary times, the precautionary principle needs to be paramount in relation to all stakeholder agencies, in addition to human agents, in various ecological systems. New sets of rules and meanings in terms of audit accountabilities need to be routinized.

Despite the volume of growing published evidence, the majority of contemporary business organizations and institutions have demonstrated that they are not prepared to take the idea of material boundaries into consideration. Admittedly, the task of connecting causalities on multiple scales is a challenge not limited to the business sector. Institutional legislative and regulatory measures need rethinking, with the state having a prime function in tackling climate change, especially in terms of negotiating international treaties and enforcing them.

Awareness of the risks of human-induced climate change, often fostered in civil society through the learning that children bring home from school, can make a difference: sustainable change may then be more evident. Business actors in Transnational Corporations have the collective resources, capabilities and potential power to project appropriate knowledge and management through all their endeavors as well as possessing the agency to reduce the rate and extent of ecological damage in a new role of ‘business leaders as citizens of the world’. Positively, much of the research work in business management is becoming more responsive to diverse scientific, political, commercial and community challenges of sustainability and offers many concrete proposals advancing sustainable practice in management and organization. New frameworks are being published to assist corporations and their managers with engaging in deliberative and global governance for responsible innovation. Business and management theories are now more accustomed than they were thirty years ago to accommodating concepts of social and environmental responsibility.

Collaborative Management of Climate Change & Crisis with Focus on Integrity

Currently, both abundant information, as well as management tools, are available for reducing the use of natural resources and climate emissions; nonetheless, management thinking and action have yet to demonstrate the required will to overcome managements’ cultural constraints.

Temporally, short term thinking focused on achieving profitability tends to prevail. Effective action in response to the challenges of managing the Planetary Boundaries requires not only highly collaborative and insightful ways of enacting responsible agency (rather than merely publishing attractive reports on corporate sustainability) but also political will and direction, a strong public sector and an ensuring state (nationally and internationally).

Business leaders should be astutely aware of their power, since 147 global companies control 40% of the economic value of global business via a complicated web of ownership relations.

In close connection with state actors, the elite group of global business organizations has successfully strengthened their agency and power globally. While some individual members of this group are taking sustainability action with the support of, for example, multiregional input-output models, these perform inadequately as a network in relation to the challenges that face us.

Establishing an effective management response requires a collective effort, through which business actors gain momentum by assembling alliances whose agency demands changes in the industry and supports democratic mechanisms to ignite change at large.

Democracy derives from the people but devolves to the state and its elected governments. The powers of the state include the monopoly of the right to taxation. As such, taxation changes are contingencies with which organizations are obliged to deal. At present, some jurisdictions, including the United States and Australia, extend the right to tax profits globally. Taxing the foreign profits of TNCs on a global basis could be extended in a number of ways.

First, it could be recognized, as the French government has proposed, that companies lacking physical presence in a country in which they are accruing profits through large numbers of online users or customers should be taxed at the same rate as bricks and mortar businesses.

If this proposal were adopted by various national governments then the beginnings of a global tax scheme would be in place. Such a scheme could be extended to include ecological taxation – ecotax – that could be levied as an excess and additional tax on those business actions whose activities anywhere in the world were breaching any of the nine Planetary Boundaries.

The state is also the only actor that could establish caps on production either directly or through Pigouvian taxes (i.e. tax on activities generating negative externalities), which are necessary to guarantee policy success for sustainable change.

Managers in Transnational Corporations can be motivated in terms of enlightened self-interest; for instance, global trajectories of action can be nudged in more ecologically responsible directions through devices such as ecotaxation.

A model of The Global Resources Dividend (GRD) might be the answer. Businesses would pay a tax on any services or resources that they use or sell rated proportionately to the harm that they create in extraction, production or distribution. Those business organizations that could establish that they had enacted policies that minimized the harm to the lowest rated harm decile of the tax register would pay a disproportionately lower tax than those businesses that could not so demonstrate that they qualified.

Proportionality would vary with the demonstration of performance. Those organizational actors that could demonstrate commitment to circular economy principles would clearly be advantaged. The aim would be to move away from voluntarist and weak sustainability typical of compliance and business-centered corporate approaches towards regenerative and co-evolutionary sustainability, where the emphasis is on absolute reductions of production and consumption activities.

Eco Taxation and the Division of Responsibilities

The responsibility should be on business organizations to demonstrate why they should not be taxed at the highest band.

Tax will act as a nudge to the adoption of policies with transformative potential. The onus is on companies to demonstrate the precautionary principle in practice; those that fail to do so would be subject to highly discriminate taxes.

If the majority of organizations were paying their Global Resources Dividend, the tax benefits of doing so would help deter deviance as self-interest drove responsible action.

There would be added pressure on each country to enforce the gathering of The Global Resources Dividend funds within its borders because of the tax advantages of so doing; the hosting of rogue businesses by non-compliant states could lead to these businesses being singled out for preferentially discriminatory tax treatment in the more developed states that implemented the ecotax principles.

It’s not too late yet … but it’s getting there. Time for changes, major changes rather than denial, moral abrogation, and abdication of responsibilities

Planetary boundaries are not simply here and now; they are also temporal in that where the boundary is drawn today has potentially profound effects on the boundaries of tomorrow – the essence of the case for action against global warming.

Establishing boundaries is of crucial importance in highlighting the uniqueness of actors and acknowledging responsibilities. To the extent that the boundary-blurring between human and non-human actors signifies a retreat from anthropocentrism (i.e. regarding humankind as the central or most important element of existence), the chances of life remaining within planetary boundaries increases.

In other words, if the needs of non-human stakeholders are taken into account and met, the rate of biodiversity loss may begin to diminish, climate change slowed. Similar desired effects might be expected in terms of the other ecological boundaries.

It’s not too late yet … but it’s getting there. Time for changes, major changes rather than denial, moral abrogation, and abdication of responsibilities. 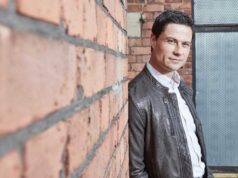 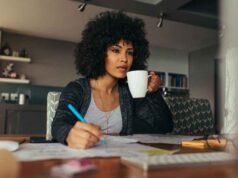