Home Influence Influence in Life and Business: Words from a Mentalist 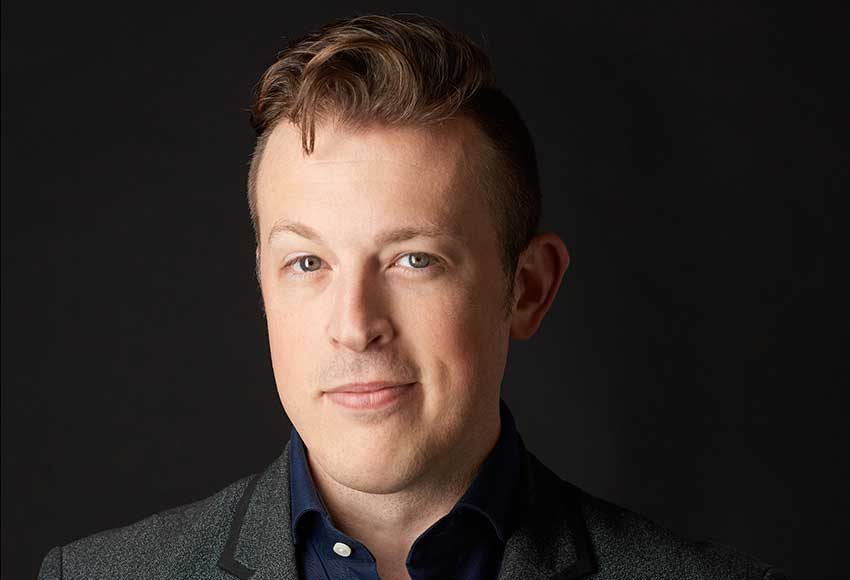 Whether you’re a business owner, a manager, or salesperson there’s a single skill at the heart of all good business: influence.

Too often, however, influence in life and business is confused with manipulation, which gives people the impression that business is only done by those willing to lie, cheat, and steal. It is, however, possible to be highly influential without compromising one’s integrity.

Before my work as a top business coach and consultant, I spent 15+ years travelling the world as a professional mentalist. I’ve appeared on national television, consulted for various high profile projects, and performed on Vegas mainstages.

The show is based completely on audience interaction, and my specialty is repeatedly demonstrating my ability to quickly, and reliably, influence people’s decisions in my favor.

Understandably, it’s a powerful skill that everyone wants to have.

They want to be a Jedi master who can wave their hand and get their way in sales, negotiations, and presentations, but too many people automatically assume that influence in life and business is inherently deceitful. They naturally draw back from practicing this essential skill, which puts them at a distinct disadvantage. Before long they’re barely getting by.

I want to share some of the secrets I’ve learned over the years performing to help you avoid falling behind, and improve your powers of ethical influence – all while maintaining the highest standards of integrity. Plus, you’ll be able to recognize (and stop) someone else trying to use unethical influence to shape your decisions in the future!

But, before we dive into the “how” to be influential, let’s look at “what” influence really is (and isn’t).

CONFUSION ABOUT INFLUENCE IN LIFE AND BUSINESS

Manipulation, coercion, and persuasion are commonly used to mean influence, but each term has its own distinct use and meaning. Most of the confusion around influence can be cleared up by shedding light on what the differences are.

This is what most people think of when they have a negative reaction to influence. It’s characterized by trying to change someone’s beliefs by any means necessary. A manipulator’s goal is to benefit themselves regardless of what happens to their target.

Coercion is focused on changing someone’s behavior, or getting them to do something at their expense that benefits someone else. This is usually accomplished through verbal or physical violence or at least the strong suggestion of potentially using either. Blackmail, robbery, and many other crimes fall into this category.

Persuasion deals with changing someone’s belief, with the intent to benefit everyone involved. If you’re trying to convince someone you’re offering them the best solution to their problems, you’re attempting to persuade them. Once you change their beliefs, they will naturally choose the behavior you want (to buy from you)!

At its heart, influence is trying to get someone to change their behavior to the benefit of everyone involved. You’re not concerned with their beliefs per se, but you do care about helping them do the right thing.

Put It All Together

If you wanted to plot each strategy on a graph, this is what it would look like:

Now, if someone tries to change your beliefs and behaviors, you can quickly identify if they’re trying to coerce, manipulate, influence, or persuade you by asking two questions:

This is a handy mental map that can immediately help you in your business and life.

THE GOOD STUFF ABOUT INFLUENCE IN LIFE & BUSINESS

Now that we have a better understanding of “what,” let’s look at “how” to get better at being influential in life and business without wandering into coercion or manipulation territory.

There’s the easy way, and the hard way to do the right thing.

Persuasion is more difficult because it deals with changing what someone believes, but it’s more effective in the long run. Once you help someone change their beliefs, they will naturally be influenced to make different choices.

Influence, however, is easier as it only deals with their choice right now, but is less effective long term because you’ll have to do it all over again next time.

Communication doesn’t happen in a vacuum, though.

What something means is always a function of the context used to express it. This is why comedians can say something that would usually make you angry, but you wind up laughing instead.

When it’s in the context of a performance it’s hilarious, but their words would mean something completely different if they said the same words in a different place at a different time with a different tone of voice.

To be more effective, be more mindful of the context

The words are the same, but the meaning is different because the context changes.

So, in order to be more effective, be more mindful of the context. Take time to think about the situation, and dynamic you’re communicating within.

Is the person you’re trying to influence in a higher status position than you? Are you a stranger to them, or do they know you? Do they like you? Do they trust you? Have they had previous experience with you, and have reasons to believe what you’re telling them?

All of these questions have a direct impact on how willing someone is to listen to what you have to say.

All those questions are centered around three things: likeability, trust, and rapport.

You can create these three things very quickly by being genuinely interested in them.

Ask really good questions. Don’t rely on the same old tired things everyone else asks about

Ask really good questions. Don’t rely on the same old tired things everyone else asks about. Don’t be afraid to get real with your clients. They’ll find it refreshing to not talk about the weather for once!

Don’t listen for an opportunity to jump in with a witty anecdote; listen to understand

Then take the time to actually listen to their answers. Don’t listen for an opportunity to jump in with a witty anecdote; listen to understand. Listen to get a clear view of the world through their eyes. Know the strengths and weaknesses of their situation. Know their problems.

This is why you have to give first, to get in return.

You have to show them you’re willing to listen to what they have to say. You’ll be making them feel important, because you genuinely believe it is important! This is the fastest way to build trust, rapport, and likeability.

During my presentations, I always offer my name first when I meet someone for the first time. “Hi, my name is Jonathan! What’s yours?” If I just said, “Hey, what’s your name?” it would come across as a demand. When you offer whatever you want to get, that is the first step to trust.

All the tactics in the world won’t help you if you ignore this next piece of the puzzle, though. No amount of trust, likeability, and rapport can dig you out of a hole if you don’t obey this principle. It’s incredibly simple but all-important.

There’s a right time to ask for what you want. Do it too early and you won’t have enough trust yet. Ask too late and you’ll miss the window of opportunity.

With enough practice, you’ll get better at establishing rapport very quickly and then recognize when there’s enough trust for you to make your ask.

So they like you, they trust you, they feel like you’ve been friends forever, and it’s the right time to make the ask.

Show them why what you want them to do is in their best interests, not yours. (That’s not to say it can’t benefit both of you, but it’s more persuasive when it is a clear benefit to them too.

You know if you land this big sale you’ll win the free trip to the Bahamas, but that doesn’t help them any. Why should they buy from you when it doesn’t benefit them?

Instead, show them why your way is the best choice they can make for their situation.

It takes work and a certain amount of intuition to understand what’s best for them and how you fit into that picture, but that’s why you ask so many questions to see the world from their viewpoint!

The Big Secret about Influence in Life and Business

There’s really no single strategy that always works regardless of context, but the simplest answer is, be genuinely interested in others, figure out how you can help them, and then communicate the benefits of your plan as clearly as you can.

It takes work to not think about yourself all the time. However, if there’s anything I’ve learned over the years, it’s that the more you help others get what they want, the more they’ll help you get what you want.

If you are interested in reading more from the pen of Jonathan Pritchard, have a look at his book and homepage: Like a Mind Reader