Good for you. Thanks to your spirit, over a million youth have just marched for the sake of our future. What’s the next step?

You spoke bluntly at Davos, to “tepid” applause. No kidding! Years ago I spoke in the same forum and concluded that Davos is the place where many of the people who spend 51 weeks a year creating the problem spend the 52nd pretending to solve it.

Our world is dangerously out of balance in favor of private sector interests that dominate our governments and our communities. These interests feed on the prevailing dogma of economics—that greed is good, markets are sacred, and governments are suspect—to bring us more production for more consumption with more waste and more warming.

Sit-ins and marches wake up people who are concerned but have not been active. But do they wake up the people most responsible for the problem?

Was Donald Trump woken up by the massive marches after his election? If anything, he was amused. Were the financial sharks of Wall Street woken up by the occupation of their street? Mostly, I imagine, they were inconvenienced. In the white houses and behind the front streets are the backrooms where greed continues to reign supreme. And the problem goes well beyond this.

The beneficiaries of this globalized world are doing very well the way things are, thank you, and that includes most of the people I know, and probably many that you know too. The ice caps may be melting, but the homes on the hills are safe from flooding—for now, at least.

What, then, has to happen—what’s the next step?

You have been blunt; let me be likewise in my answer, quoting two lines from a song by Tom Lehrer about the Spanish civil war: “Though [Franco] may have won all the battles, we had all the good songs!” I like good songs too, but we had better start winning some battles.

We will have to do so by challenging specific behaviors that can no longer be tolerated—let’s call them the low-hanging outrages. They have to be targeted with clever campaigns that have teeth. Here’s a simple illustration.

Some years ago, in San Antonio, Texas, people who were fed up with their utility company overpaid their bills by 1¢. That simple cent, multiplied many times over, tied this bureaucracy in knots. It backed off. From the local schoolyard to the global marketplace, it is amazing how an unexpected tactic can bring down a big bully. Just as David brought down Goliath.

There is no shortage of low-hanging outrages from which to pick. They just have to be picked carefully, to avoid, not only what could become violent, but also what can be seen as self-serving (such as university students protesting university fees).  The campaigns have to be lawful, altruistic, and, above all, clever—like that 1¢ one. There is as much imagination in the world as there are indecencies that need to be confronted by it.

Saul Alinsky wrote remarkable books about how, while liberals talk, radicals act: they rally around a common cause. You sat down in front of the Swedish parliament. Good. Now surround it with thousands of you and don’t leave until you get action on those emissions.

The people who pitched their tents on Wall Street can go after specific shenanigans taking place inside the buildings on that street; these are a veritable goldmine of outrages, not least, the appropriation of so much of wealth.

In my own country, Canada, we can stop coddling the producers of some of the dirtiest oil on earth. And how about those of us on the consumption side of this problem, who do things like turn up the heat instead of putting on a sweater? We, too, are the exploiters, by appropriating too much of the world’s energy.

Does this mean civil disobedience? Not at all: it is civil and it is obedient.  Today’s civil disobedience comes from the people who violate human decency, those responsible for the legal corruption that has become so rampant.

So: you want people to “feel the power”? That you have already demonstrated. You claim “that the people will rise to the challenge.” This is the next step that needs to be demonstrated—by you youngers and we elders together.

Thank you Henry Mintzberg and CoachingOurselves for sharing this letter for Greta Thunberg with us. Interested readers can find more at Henry Mintzberg’s site Mintzberg.org 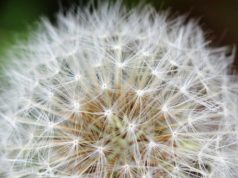 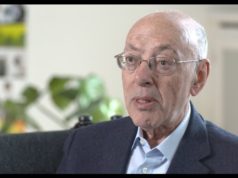 Henry Mintzberg Talks about Rebalancing Society at our Copenhagen Event

Henry Mintzberg Talks about Rebalancing Society at our Copenhagen Event