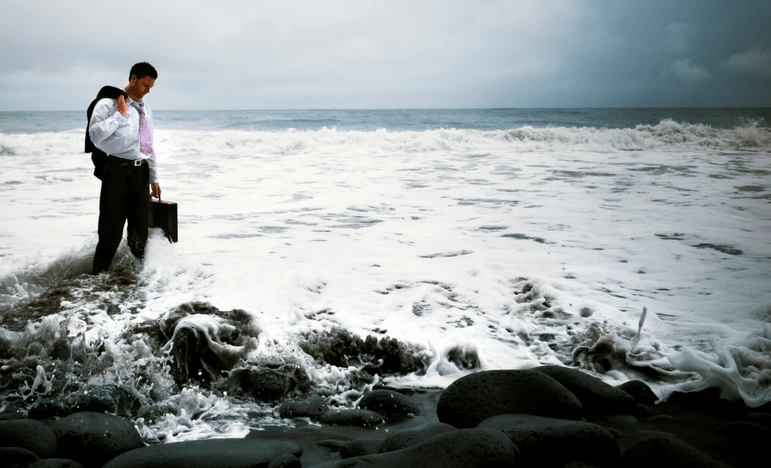 In light of events in France (December 2019) where top-leaders from France Télécom, since named Orange, were convicted guilty and jail sentenced based on a wave of suicides – this article has been updated.

UPDATES to the case of France Telecom / Orange

3 Executives convicted in suicides of 35 workers. The ex-boss of France Télécom and two former executives have been jailed over a restructuring policy linked to suicides among employees in the 2000’s.

Didier Lombard was jailed for a year, as were Louis-Pierre Wenès and Olivier Barberot, although eight months were suspended.

According to the BBC, ‘the court examined 39 cases of employees, 19 of whom had taken their own lives and 12 who had attempted to.

‘The court found on Friday that the ends in no way justified the methods. “The means chosen to reach 22,000 departures were illegitimate,” the court said in its ruling. The executives put in place “a conscious scheme to worsen the work conditions of the employees in order to speed up departures,” it said, and that the policy “created a climate of anxiety” that led to the suicides’ (New York Times).

Previous UPDATE: Executives from France Télécom, are facing a sentence of up to one year in prison in addition to a fine of €15.000 for moral harassment. The sentences come in light of a wave of staff suicides. According to the Guardian, 29 staff took their life in 2002, 23 in 2003, and more than 22 have killed themselves since February 2008 in addition to several suicide attempts, severe depressions, and other sufferings.

At present – mid-July 2019, the court has heard the accounts from several families of those who took their own lives. Trials have lasted for two and a half months.

The accused deny the charges.

Employees have killed themselves in the office buildings, one jumped out of the window, one man set himself on fire in the company car park, another stabbed himself after leaving a note saying France Télécom was the only reason for his suicide. Suicide notes speak of ‘management by terror’, ‘overwork’ feeling ‘helpless and ‘angry’ about work issues, and so forth.

The news of the prior France Télécom executives being on trial for maltreatment of staff goes global as it is the largest case example of a major company going to court facing such charges.

Professor Stewart Clegg says in May 2019 about the trials:

The upcoming trials suggest, as it should, that the law does not recognize that managerial privilege extends to the assumption by managers of rights of bullying, harassment, and setting of extreme and unreachable goals.

Reigns of terror are unacceptable where ever we find them and have no place in democracies, whether of the market, the polity, or civil society. Business organizations are not a space of absolutism, they are not remote or separate from civil society, but must constitute an order that complies with legal, normative and ethical codes.

The evidence from the specific case speaks of ‘social violence as a method of management’ and corporate policies aiming to undermine employees and create a climate of anxiety that would cause people to resign. Unfortunately, France Télécom is hardly the only example of fatal leadership in practice.

We need a stronger focus on the dangers of fatal leadership approaches and greater knowledge of what to do when recognizing it.

Work-related suicide is rarely studied. Professor Stewart Clegg – one of the most published and cited researchers in strategy and organization studies – is one of the few, who have researched the matter. I catch him on his way through Lyon, France, to get his thoughts on fatal leadership approaches and an authoritarian leadership style in particular.

Can bad leadership kill? To most of us, the question sounds extreme. The answer is yes, bad leadership in our workplaces can kill the will to live, yet we cannot isolate leadership influence as such to say this is the only factor leading to suicide. Still, we can identify that those places with toxic leadership have more suicides than those places employing healthy leadership styles.

It is one of those topics largely left in the dark. We don’t talk so much about it, we don’t research it much and it is rarely part of any public debate.

Every year, 800,000 people commit suicide. The World Health Organization estimates that for each death, there are about 20 attempted suicides. Therein each is estimated to have on average three or four family members, this equals the entire population of Canada and Australia combined being affected by suicide or attempted suicide every year. Moreover, suicide is, in fact, the second leading cause of death among 15-29-year-olds globally (WHO).

How Fatal can a Leadership Approach Be?

Research tells us that an authoritarian leadership style has many negative consequences such as stress and demotivation, but how dangerous is it?

By authoritarian leadership style, we here refer to a leadership style that is characterized by leaders having close control over employees, dictating procedures and activities, strictly enforcing rules, regulations and penalties, and so forth.

I decided to pose the question to Professor Stewart Clegg from the University of Technology, Sydney. With co-authors Miguel Pina e Cunha and Arménio Rego, he has researched suicide as a work and organizational phenomenon. Their research was published in Business and Society Review late 2016.

Using the seminal work of Emilie Durkheim in his book: Suicide (1897), their article reflects on the suicidal waves at France Telecom, today known as Orange, and at Foxconn, China.

The story is one of solidarity or a lack thereof. While France Telecom suffered from bonds being broken during difficult transition processes, at Foxconn bonds had not been established, to begin with, and employees suffered from a lack of belonging.

What we learn and can apply to other organizations from this study is the major importance of the institutional nature of life in the organizations as well as the negative effects of an authoritarian leadership and management style.

Stewart, we know that some leadership styles leave much to wish for, but how dangerous is an authoritarian leadership and management style?

Extremely dangerous. Think of Trump and his leadership and management style – he popularized an authoritarian style on his TV Show – “You’re Fired” – and that helped to normalize the narcissistic authoritarianism he displayed on the campaign and has continued to display since becoming President.

The most dangerous aspect is the self-certainty and self-belief, the reluctance to admit that others may have something useful to offer from outside the bubble of self-importance and sycophancy. For authoritarian leaders, the tendency is for communication, coordination, and control to become overtaken by secrecy, self-centeredness, and sycophancy.

Your research shows to a disturbing degree how work can kill the will to live. To what extent are leaders responsible for this and how can leaders avoid this from happening?

Leadership entails responsibilities; one is to provide interesting and meaningful work, work that captures the engagement of those doing it; when this is the case everyone is a winner.

Work that is repetitive, mind-numbing, dulling, dirty, and dangerous – is better done by robots – the uniquely creative and intelligence attributes of people are what can make organizations great – leaders make organizations (and countries) great again by encouraging and learning from polyphony, from encouraging innovation and dissent in thinking rather than seeking to impose an orthodoxy.

Solidarity is at Play

Severe problems emerge when people find themselves in places and situations where they are stripped of their individuality and moreover their human bonds of solidarity, the authors explain.

“Creating organizations where solidarity is expressed in a healthy, functional way is, therefore, a social imperative that should have attracted the attention of business ethicists and organizational scholars” (Clegg, Cunha & Rego 2016: 393)

How to Stay Clear of Fatal Leadership Approaches

In the understanding of suicide and misery as related to workplaces and leadership, the important question is how can we avoid these fatal situations?

Stewart Clegg gives the following words of advice in the UTS Newsroom:

– Organizations should remember, they are not just workplaces, but also ‘human communities’

– Managers should avoid destructive patterns of work, such as excessive pace that leads to unacceptable levels of stress

– At a higher level, government and regulators should examine, diagnose and discourage dangerous management practice not just because workers deserve protection, but also because of the implications for mounting health-care costs

– Leaders should be trained to create psychologically safe environments

– Corporate statements should go beyond words to be reflected in reality. A Foxconn corporate social responsibility report used the word ‘love’ 13 times, yet showed little of it in practice.

We need more Research about Suicide as a Work-Related Matter

I commend the authors on taking up this highly under-researched area of suicide as a work and organizational phenomenon. It is, unfortunately, an area of social research proving itself to be more and more relevant, hence also one we cannot allow being ignored.

It is critical that research not only focus on stories of success, large corporations, and popular topics. Just as important is the research of barriers, taboos, and those topics that never reach the evening news.

Clegg, Cunha, and Rego express this in the following way in their article:

“The recent interest in compassionate organizing (Dutton et al. 2014; Simpson et al. 2013) should not lead us to ignore those cases marked by a lack of compassion, solidarity, and rich forms of intersubjective relationality as organizational outcomes. On the contrary, we should see compassionate organizing as an effective antidote against toxicity in workplaces, for the sake of the greater good. There is little more toxic than the voluntary extinguishment of life by young people” (2016).

Please leave your comments and thoughts below. If you know about interesting research results on the matter, please leave a note about these, and I will incorporate them in a list of further readings.

Original article published in March 2017 and have continuously been updated according to the developments of the trial of France Telecom /Orange. 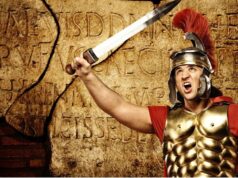 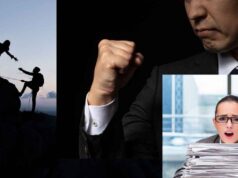 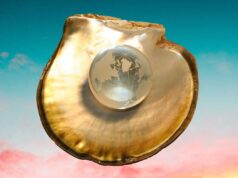 The World as an Oyster: What Shapes the Way you Think as a Leader?